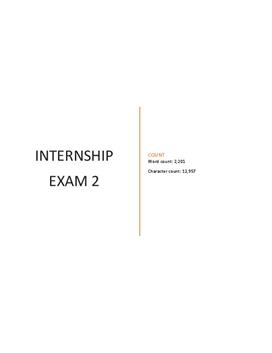 Problemformulering
How to overcome language and cultural barriers using the teachers pyramid model which is based on Classroom management?

Introduction
From the 9th of January 2017 to the 17th of February 2017 I was interning at a private international school called Assumptionsuksa. The school is in a very popular area in Bangkok and is known country-wide for its prestige and reputation as well as a place for the wealthy to be educated. It is an all-girl Catholic school with approximately 2000 students. The school follows a strict curriculum which cannot be altered.
Assumptionsuksa relies on all things Thai; from the food that is served in the canteen, to the behaviour that is exhibited in the classrooms, to the dress code of both students and teachers. For example, whilst mourning all teachers can only wear black as a sign of respect for the late King. The school does its best to ensure that Western culture does not influence the school in any way which leads me to the irony of the situation: the school hires foreign teachers.
When a school aims to keep its cultural values and traditions to prevent any kind of Western influence it is ironic for them to then hire foreign teachers who are the physical embodiment of Western culture. During my first week of observations I noticed a difference in classroom behaviour when comparing the students' behaviour with Thai teachers to foreign teachers.
When a foreign teacher teaches a class, a Thai teacher always observes. The role of the Thai teacher is mainly to be there and if they feel like it, they can function as an assistant teacher by helping maintain proper classroom conduct and help students if there is any confusion. As mentioned previously, the foreign teachers have a harder time controlling a classroom than a Thai teacher due to a cultural barrier, and it does not become easier when one cannot communicate with the Thai teachers due to their lack of English speaking skills and the students whose skill levels vary greatly. These observations led me to my thesis statement.

Process
In my paper, I will begin by giving an overview of what cultural and language barriers are, followed by a brief section on theories which relate to them. I will then proceed to explain classroom management and the teachers pyramid. Afterwards I will analyse how I applied the Teachers Pyramid with the aim to overcome language and cultural barriers... Køb adgang for at læse mere Allerede medlem? Log ind