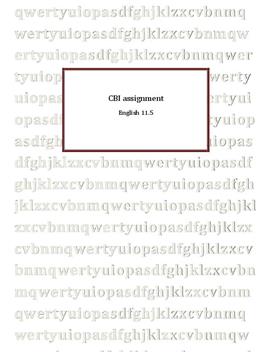 Introduction
In the 60's in the United States of America had a lot of trouble witch racial problems. The black population didn't have the same rights as the white population and was suppressed by the society.
This is the topic that we want to work with. We have chosen to deal with the topic in a way so the pupils will get knowledge about the topic at the different level the problem touches. We start out by working with ‘'I Have a Dream'' by Martin Luther King, so the pupils can see how the entire country was dealing with the problem. After that we want to work with the movie ‘Glory Road' where we want to show the pupils how this problem is being dealt with at the schools in America.
As the last thing we want to show them a song by Bob Dylan called ‘Hurricane'. The song is about a professional boxer, who had the chance to become World Champion, is convicted for a murder on the other side of town. This song shows how the racial discrimination can destroy a single person's life.

‘'I Have a Dream''– Martin Luther King
‘'I Have a Dream''. That is the title of the world famous speech by Martin Luther King. This speech is known as one of the biggest revolutionary speeches in American History. The purpose of this speech was to improve the civil rights for the African-Americans. In the speech, Martin Luther King talks a lot about how he is sad to see that the black men and white men can't live side by side in the society, even though the Declaration of Independence says that every man, no matter if you are black or white, will be guaranteed unalienable Rights of Life, Liberty and the pursuit of Happiness. A thing that Dr. King looks on with big importance is that the blacks should not do wrongful deeds to make their point. It is important that they have a peaceful way of protesting... Køb adgang for at læse mere Allerede medlem? Log ind

Materialer relateret til I Have a Dream | Lesson plan.